Letea, a name I had never heard before but also a name will never forget again. The name of a wonderful place at the end of Europe, where the Danube drains into the enormous Danube Delta (4,152 km2).

I had no clue what to expect from this adventure, I just knew it would get one as soon as I found out that we would need a jeep to find the horses. The journey started in Vienna, where I hopped into the car with an old friend and started the 1400km drive to Tulcea. It took us two days to get down and when we finally met the Four Paws Team we couldn’t wait to take the boat to get to the Letea Forest. 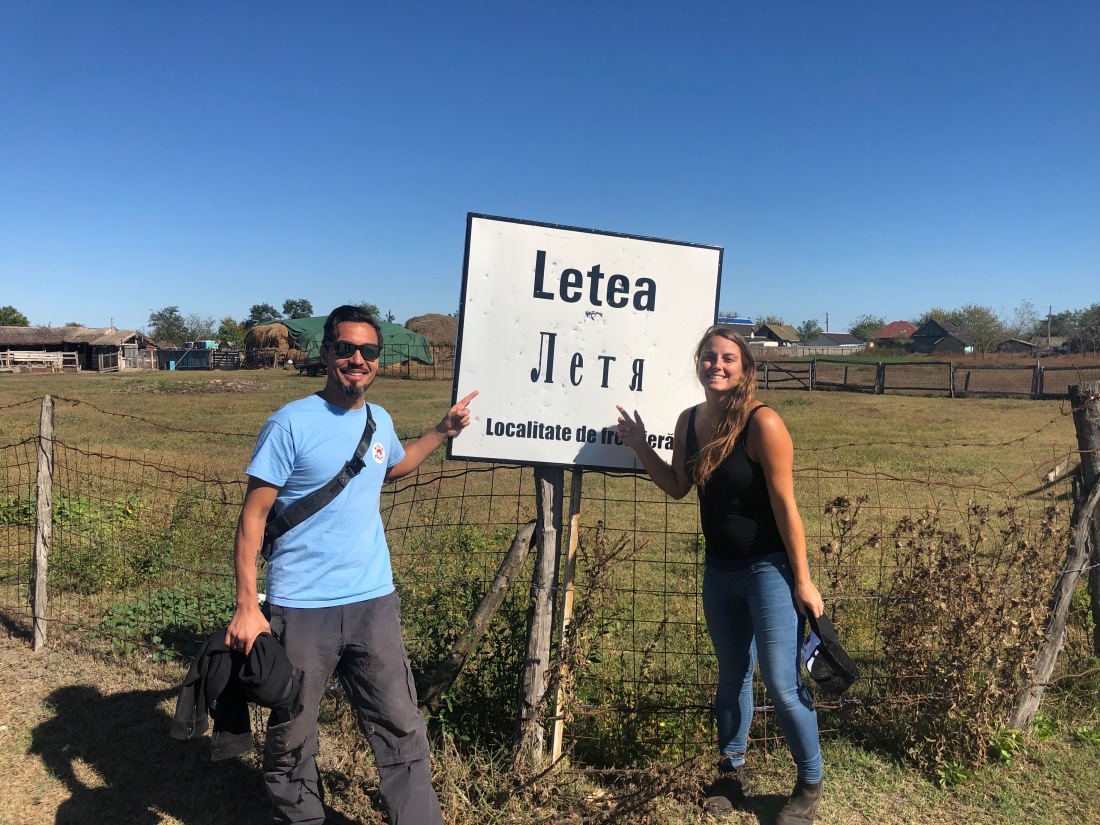 Why are there wild living horses in the Danube Delta?

The horses in the Danube Delta are one of the last wild living horses in Europe. After the disintegration of the Soviet Union, former workhorses whose owners had no more use for them due to the collapse of the kolkhoz system settled in the Romanian Danube delta. In the past two decades, this population has spread fast and freely.

Why did they become a problem?

Because the Danube delta is a strictly protected biosphere reserve, the growing population of horses endangers the flora and fauna. The Romanian authorities saw no other solution than to allow the horses to be shot. Four Paws reacted immediately by making an offer to the Romanian government: they would establish a birth control programme that could control the population long-term. Since 2012, a team of Romanian vets has been implementing this programme.

After taking the boat to the Danube Delta we grapped the medications (that we buyed with the 500€ Travelling Vet / Donate a Postcard Donation) and got on the jeep to find the wild horses. It took us around one hour to find the first group with a mare. 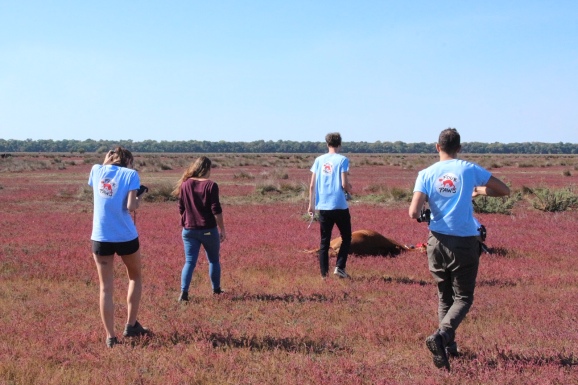 How do we control the population?

In many countries the way to control a population is to castrate the males. In wild horses this is not an option because it wouldnt stop the growing of the population. The reason is that the chance of catching and castrating all stallions within a season is practically impossible. You never catch every male, so the stallions that stay away will still mate the mares and a stallion can mate more than just a few mares (up to 50 mares in a season). Castrating the mares as in dogs and cats is not possible for wild horses. Surgery also involves a high risk for the animals which you can’t control for bleeding, swelling, etc. for the next days and weeks after the surgery.

The solution is an immunisation through a contraceptive vaccine (PZP). 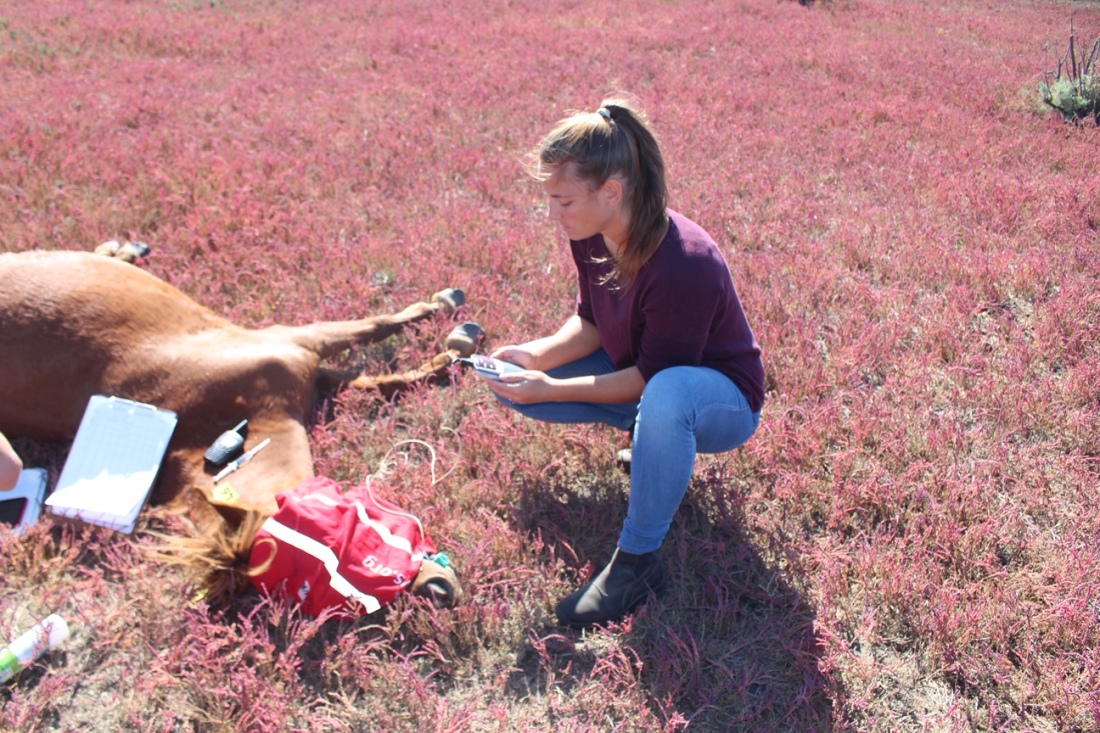 The zona pelucida (ZP) is a glycoprotein membrane that surrounds all mammalian eggs. Certain proteins in the membrane serve as the sperm receptor. The contraceptive vaccine uses the ZP from the pic, thus the name porcine zona pellucida (PZP). Briefly, the PZP is produced by a complex process whereby the ZP is removed from the ovum, its glycoproteins extracted, isolated, and converted into a vaccine. The vaccine stimulates the target animal to produce antibodies, which attach to its own ZP, thus blocking fertilization and causing contraception. 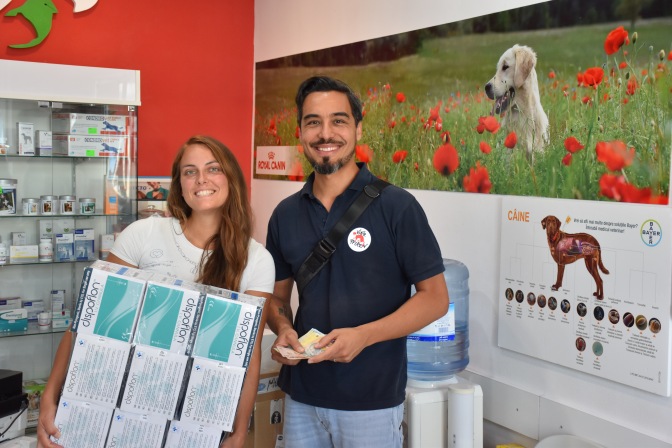 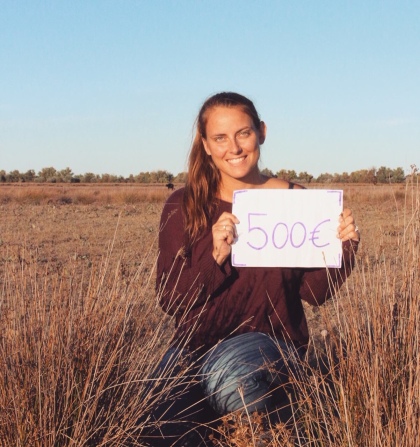 Which mares do we vaccinate?

The effect of the vaccinate normally lasts for one year. Every mare who gets vaccinated also gets an ear marker, so you can identify the horse from the distance and tell when she needs her next boost. With the vaccine its also no problem if you vaccinate a pregnant mare, because it doesn’t effect the pregnancy, the foal will be born but the mare will not get pregnant for the next season. 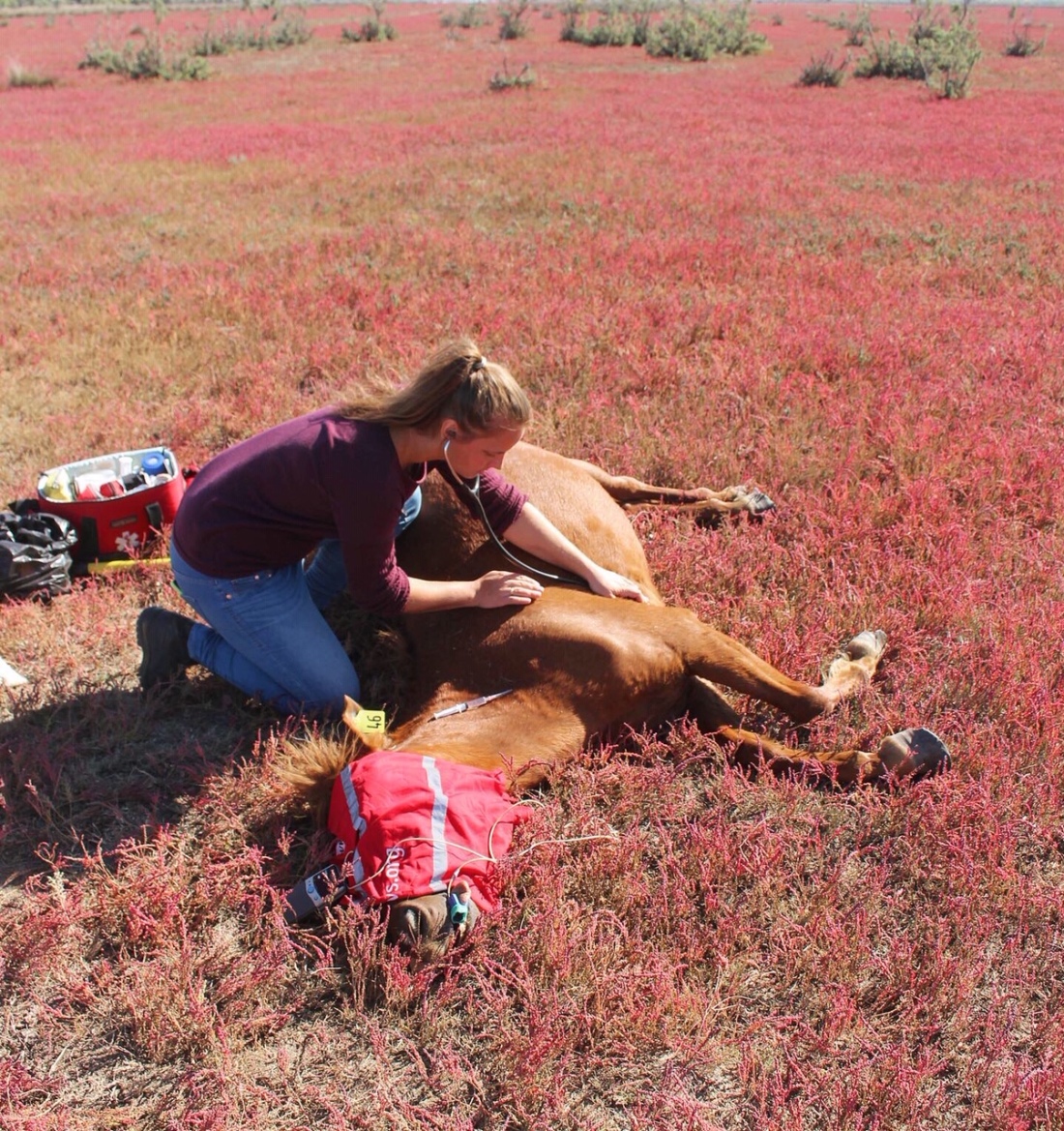 We found a mare witout ear marker so the local vet anesthetized her with a tranquilliser gun and after she was lying down we were able to implant the vaccination, get in the ear marks, take faeces for an parasite exam and check the condition of the horse. The mare was down for one hour and woke up nice and smooth. Her group already waited for her when she got up and trottet slowly away from our jeep.

In the 2 days we spent in the danube delta we vaccinated many mares, some just needed a booster after we identified them thanks to their ear markers.

During the search I enjoyed the endless vastness of the landscapes, the silence of the nature around me and the friendliness of the team. Working with Four Paws was amazing due to their organized work and lovely team and I can only recommend anyone to support this great organization.