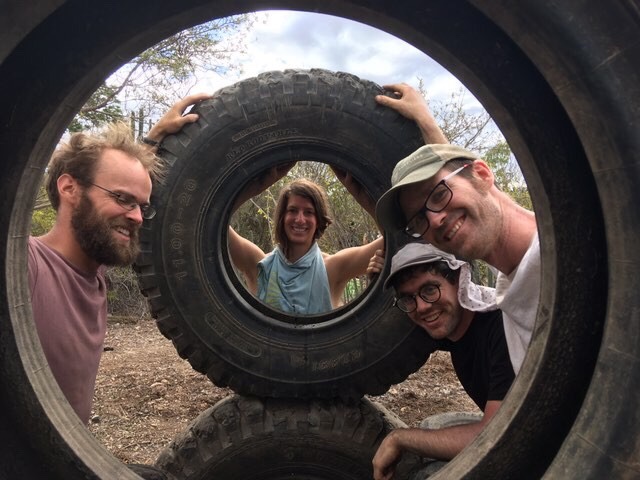 And just like that I stumbled over one of the best organization I ever met, with amazing people who have great hearts. How it happened? Well I think the best things come to you when you do good, and so it happened that when I volunteered for Sadhana Forest Haiti that I met the people of Rise Now. It was on my 3rd day in Sadhana Forest when the Team of Bret (the founder of Rise Now) arrived in the camp. It’s this people that come into your life and you know it’s for the good in the first moment. 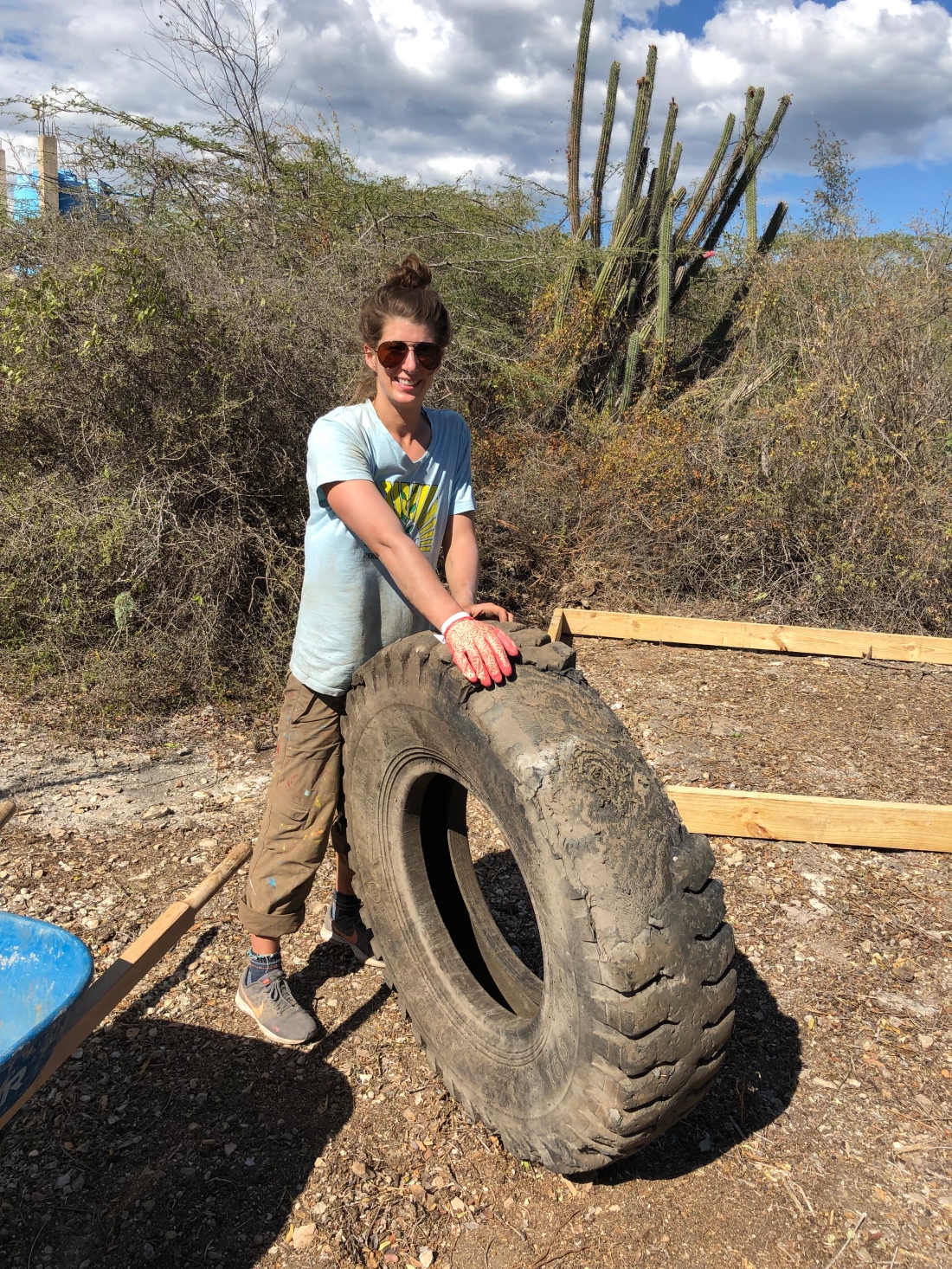 The plan of Rise Now was to built a playground for children out of old tires, as they had done it many times before in different countries, and as I was free of work for Sadhana Forest in the afternoon I joint them with the project. 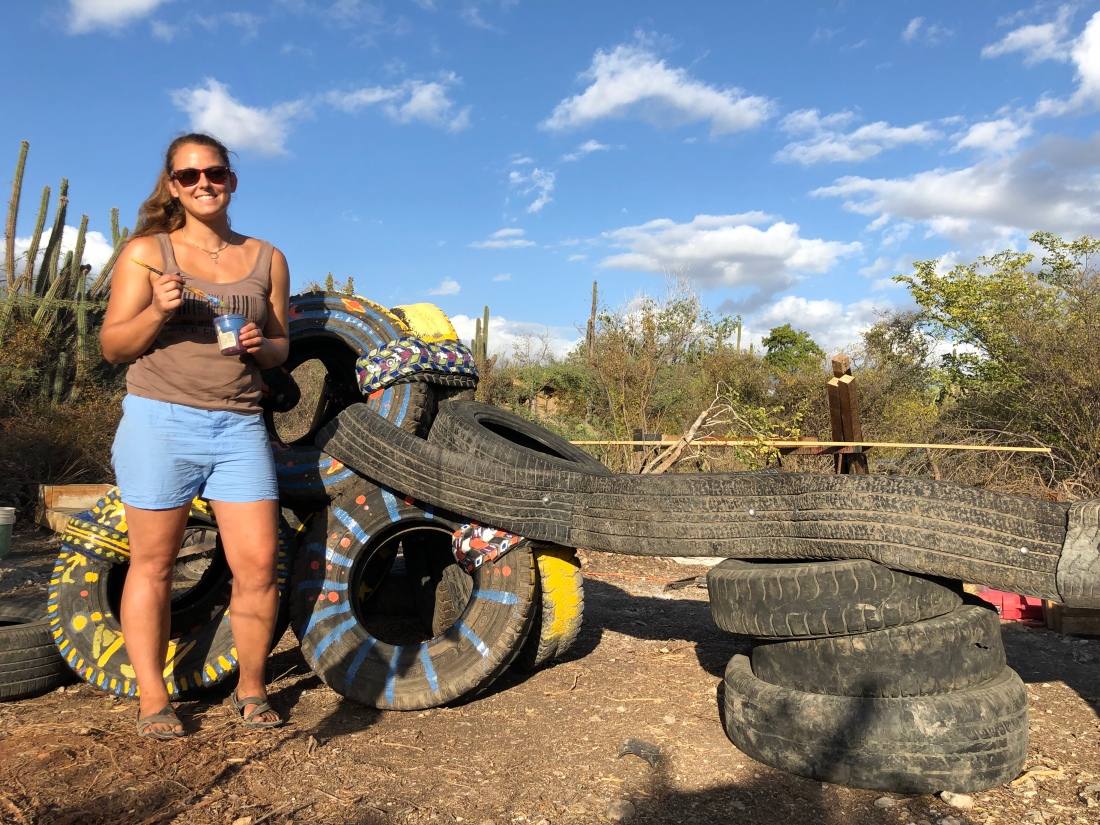 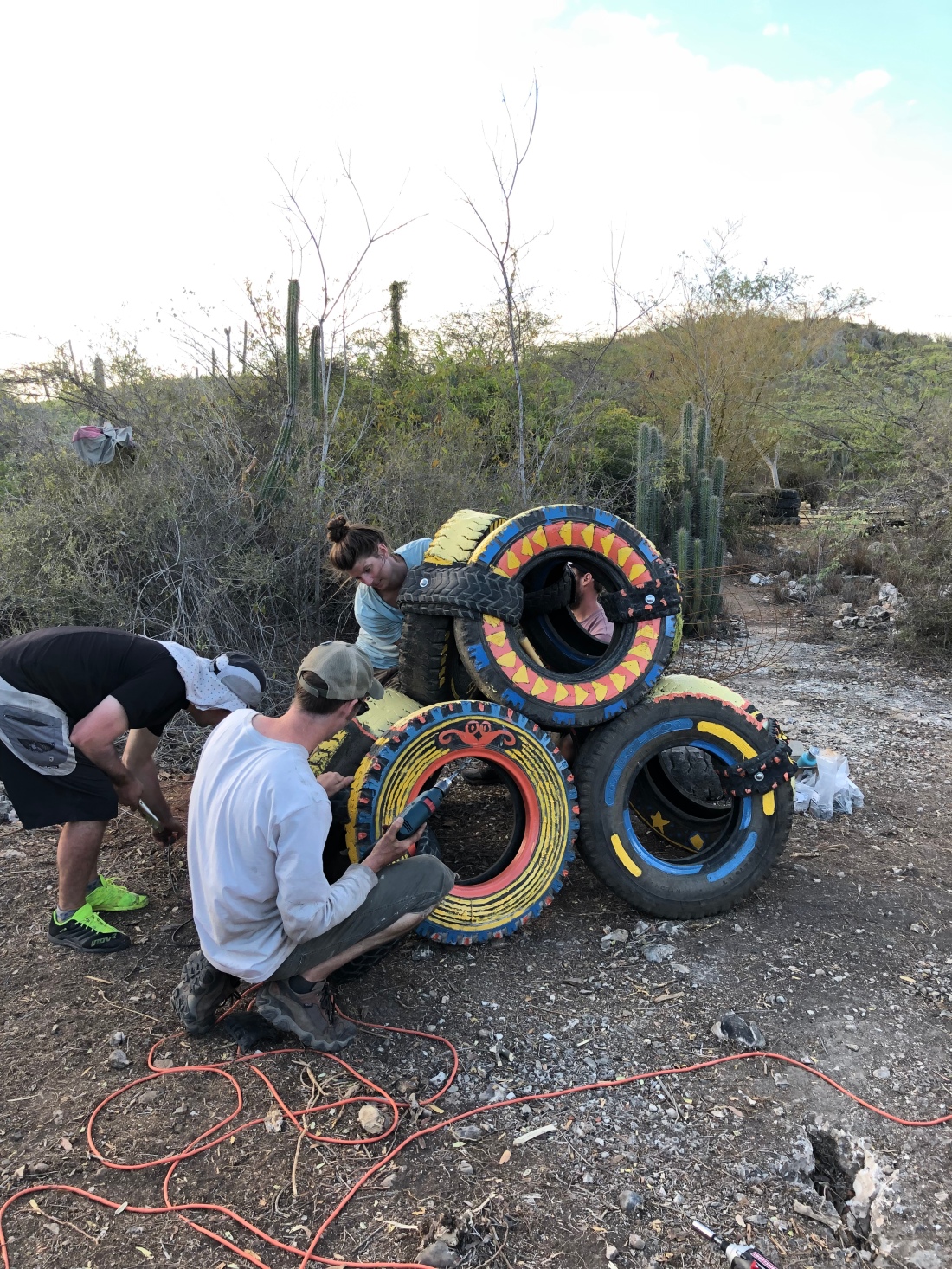 The most amazing thing about working with this people is that they really love what they do. They are motivated and good-humored and there is never a bad word or demotivation. 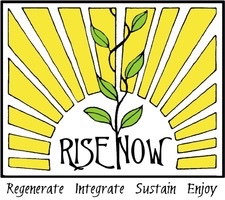 After the first day of working Bret showed as his presentation about Rise Now and explained why it is so important for children to play. He showed studies that children who played in their childhood are more likely to get successful jobs when they grow up. Especially in poor areas kids often don’t know or have something like a playground and that’s what Rise Now wants to change. And because we all know how much garbage we have on this planet, Rise now decided to take recycled tires to built this playgrounds. It was also the team of Rise Now who had an extra hammock for me and saved my life after having to sleepless night on the hard floor.

Rise Now is a grassroots non-profit organization that works with amazing persons who just want to make this world a little bit more livable for everyone. They focus on direct action in environmental and social sustainability; realized by helping communities build playgrounds out of recycled tires.